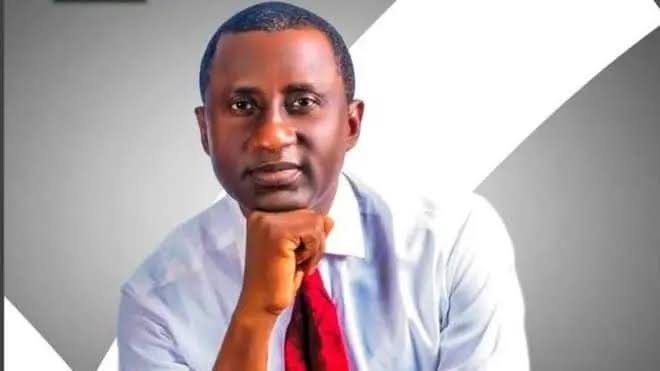 Dr. Uchechukwu Sampson Ogah, the gubernatorial candidate of the All Progressives Congress (APC) in Abia state has urged Abians to vote and protect their votes to avoid a repeat of the outcome of 2019 gubernatorial election in the state.

The former Minister of State for Mines and Steel Development
gave the admonition while briefing newsmen in Umuahia on Wednesday. 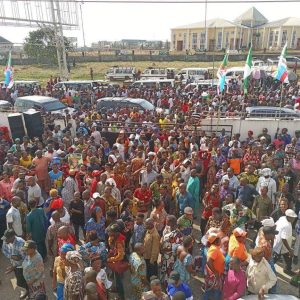 He asserted that “if APC voters in Obingwa and Isialangwa local government area of Abia state had protected the results of their votes in 2019 gubernatorial election in Abia state, it wouldn’t have been manipulated.”

In a judgment delivered on Friday, in the federal high court in Abuja, Binta Nyako, the presiding judge, nullified the candidacy of Ikechi Emenike who was earlier recognised by the Independent National Electoral Commission (INEC).

The Abia APC had held parallel governorship primaries in the state that produced Ogah and Emenike as candidates of the party.

On May 26, the APC declared Emenike the winner of the governorship primary in the state. 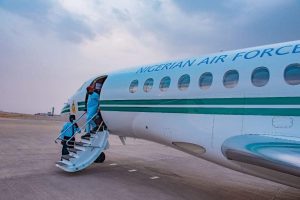 While addressing newsmen at the arrival terminal at the airport, Dr Ogah said he came back because the campaign has been flagged off in Jos by the presidential candidate of the party.

He said if elected as Abia governor in 2023, he will make the difference because he has the capacity.

In his words: I have the capacity, I have the credibility and confidence to bring all that it takes to save Abians.

Dr Ogah also affirmed that Abia APC remains united and he will work to maintain that unity.

Responding to the question on the strategy to apply to win the 2023 gubernatorial election in Abia state, Ogah said “everything is in God’s hands, as long as God has given us victory in the primaries, you have seen that the victory has started”.

He also added that APC has come to take over in Abia state. And if he and his team is elected to office, he will work for the betterment of Abians.

Dr. Ogah however advised his opponents from other political parties that they have all been thrown to the ring and everybody should bring his capacity to bare while expressing confidence that he will win the election.

Dr. Ogah also added that “APC is bringing a better oriented governance which is people oriented for Abians to have a new leaf that can bring succure to many Abians that are downtrodden.”

“Many has lost hope but God has restored their hope through the court by giving me the opportunity to be the candidate of APC in Abia state. You can see that hope is restored. The reception you see today shows you that the people wants a change. The people loves the candidate, they want to feel the candidate and know the capacity the candidate possesess, that is what we want to bring to bare in governance in Abia state.” Dr. Ogah said.

Dr. Ogah also applauded the judgment of the judiciary that confirmed him as the rightful APC guber candidate as he re-echoed that the judiciary is the hope of the common man.

Dr. Ogah however called on Abians to protect their votes because he will not be around all polling units to protect votes during the election.

“If you protect your vote and I protect my vote we will have a final result, but if in your poling unit, you allow the ruling party to doctor the document or result….?

Dr. Ogah also affirmed that the 2019 general election was rigged in Abia state in favour of the ruling People’s Democratic Party (PDP) in Abia state.

At the campaign office in Umuahia, Chief Stanley Ohajiruka was presented by Dr. Ogah as the head of the Abia APC campaign organization.

Chief Ohajiruka in his address to the press said the party in Abia state will be driven by the people of Abia state and they will move to the nukes and crannies of Abia state to convince the young men. He described Dr. Ogah as a man with so much capacity to lead Abia state.

“This young man is everything Abia needs to ensure that Abia develop and be like other states in the committee of nations in Nigeria. I can assure you that it is going to be people driven, youth driven, women driven and everyone, including our brothers and sisters in diaspora. Abia is definitely going to have a new dawn in the political ferment in the state.” Chief Ohajiruka said.

Responding to how Abians will build confidence in APC in Abia state, Chief Ohajiruka said APC is not governing Abia but PDP and Abians are craving for change and that is why Dr. Ogah has presented himself to serve .

“The people yearning for change in Abia want a new leaf of life and that is what he(Dr Ogah) is going to do.”

Chief Ohajiruka also added that APC in Abia state is ready to accommodate every aggrieved member of the party and assured that they are going to bring all aggrieved members back to the party.