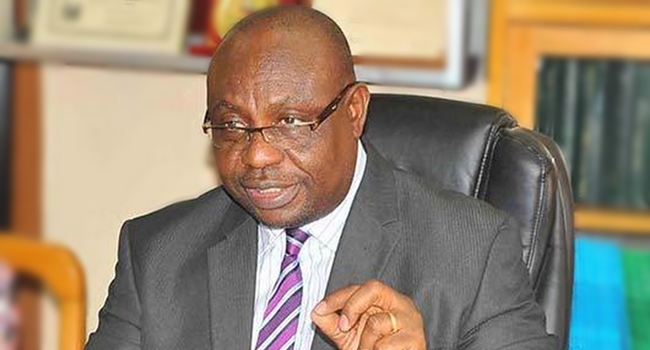 Ahead of the Anambra State gubernatorial elections on November 6, the Independent National Electoral Commission (INEC) has explained a new technology to be deployed in lieu of the card-readers used in previous elections.

This was explained by Festus Okoye, INEC Chairman, Information and Voter Committee, during an interview with AriseTv monitored by Ripples Nigeria on Thursday.

According to Okoye, the three-stage voting process will be facilitated into a quick step via “technological convergence” through the use of a device called the BVAS.

The Bimodal Voter Accreditation System (BVAS) was commissioned by INEC for voter accreditation in order to enable near real-time viewing of results.

The BVAS, a product of the integration of the Smart Card Reader and Z-Pad will ensure fingerprint authentication during the accreditation of voters and eliminate any need for the filing of incident forms.

Integrated into the INEC Voter Enrollment Device (IVED), the system will com­bine fingerprint and facial authentication to ensure that the person holding the PVC is the one that will vote.

Okoye, during the interview, said, “What INEC did is called a technological convergence. An enrollment device is what is being used for the continuous voters’ registration. In the Anambra election, this device will become the bimodal voters accreditation system which will be used to verify the biometrics of the voter.

“This will now transform into a Z-pad which will be used for upload of results. It is a three-in-one device. The smart card reader has been phased out. INEC is embarking on massive voters education via the radio and the television.”

The INEC official further revealed a 97% success rate of the BVAS during the Isoko South Constituency 1 bye-election into the Delta House of Assembly in September.

“During the Isoko polls, a 97% success was recorded compared to the old card reader. The voter will still come with their voters’ card and the register will be printed. This is to ensure the voter is in the right polling unit and properly registered. Thereafter, the BVAS will be used; if the voter is not captured, they will be asked to leave.

“The BVAS will read the PR code at the back of the card in case the biometrics fail so there is no problem in case the fingerprints or face is not captured.”

Okoye further clarified how INEC dispelled misconceptions about the electronic transmission of results considering, the initial neglect of its input and advice by stakeholders.

“Relating to the issues of e-transmission, the views of the INEC was never sought initially. This was why we had to issue press statements regarding our objectives while dispelling misconceptions regarding the e-transmission of election results for the benefit of the politicians and the people.