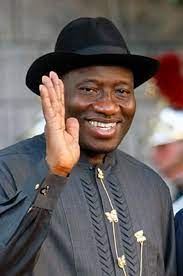 Pundits have given reasons why the All Progressives Congress (APC) leaders are keeping an eye on former President Goodluck Jonathan to dump the opposition Peoples Democratic Party (PDP) and pitch tent with the ruling party.

Since the visit of APC governors led by Yobe State governor and chairman of the Caretaker/Extraordinary Convention Planning Committee, Mai Mala Buni, on the occasion of Jonathan’s birthday in his Abuja residence in November the polity has been twitching with speculations of his possible defection to the ruling party.

This is especially as the APC has resolved to whittle down the structure of the PDP.

The ruling party has continue to harvest PDP governors, senators, members of the House of Representatives and many other bigwigs into its fold ahead of the 2023 general elections.

Last week, the Acting National Chairman of the PDP, Elder Yemi Akinwonmi, led a delegation of party leaders from the South on a visit to the former president in his Abuja residence.

There were hints that the PDP leaders visited the former president to, among other things, appeal to him not to defect to the APC in view of the current crisis bedevilling the opposition party.

The South is agitating for power shift to the region on the expiration of President Muhammadu Buhari’s tenure in 2023, on the grounds that a gentleman pact was reached by APC leaders prior to the 2015 poll that the party would cede its apex ticket to the South after Buhari.

A credible source in the APC who spoke with our correspondent, however, claimed that Jonathan was approached to jump ship to the APC so he could pick the party’s presidential ticket to win the 2023 poll and hand over power to the North in 2027.

“It is the northern calculation to retain power for long. But the request, the agitation for the presidential seat to be rotated to the South in 2023 is becoming louder. So they want to use Jonathan as a very soft bride to quickly cross a very long ocean.

“What I mean is that Jonathan has already done four years as president, so he would be the only candidate from the South that constitutionally is not permitted to do eight years. So what they want to do now is to use him to achieve that aim so that after governing for four years, the power will shift to the North in 2027,” he said.

He argued that the political actors in the North were feeling cheated that the South had spent more years in the State House since the return to democracy in 1999.

“This is the reason the North is agitating: Obasanjo did eight years from the South, then power shifted to the North, but Yar’adua didn’t complete his tenure. Jonathan completed that tenure and enjoyed a fresh tenure of four years as president.

“So eight years of Obasanjo plus six years of Jonathan, that is 14 years. Two years of Yar’adua and eight years of Buhari will be 10 years. So the South is still ahead of the North by four years,” he said.

Another source in the PDP who spoke with our correspondent said, “I agree that Jonathan will be a very good material and will be good for this permutation to have stability for democracy.

“For Jonathan to do one term of office and leave power to return to the North in 2027 is a better calculation if the northerners will be patient.”
But a political analyst, Chief Jackson Lekan Ojo, said, “How on earth is it that Jonathan who was the target of political destruction in 2015 is now becoming a bride for the same party that ousted him?

“I want to advise Jonathan, the kind of honour they are giving to him across the globe now, I think he is worth it. But if by any chance Jonathan contests election in 2023, he might eventually lose to a PDP candidate who emerges from the North and that will be politically suicidal for him.

“It’s not that they love him; they don’t love him. It’s just that they want to use him because he has proven himself to be a winning tool. It may be politically suicidal for him at the end of the day.”

A chieftain of the APC, Barrister Abdullahi Jalo, confirmed to our correspondent that party leaders were working hard to move key political actors from the PDP including Jonathan.

“I left PDP for APC and he (Jonathan) is my leader, so I will be very glad to see him join the APC. I was working with him,” he added.

When contacted for comments, Governor Buni’s Director General, Press and Media, Mamman Mohammed, said he was not aware of the development.

The APC Deputy National Publicity Secretary, Yekini Nabena, who spoke with our correspondent, however, said, “it is not an issue to discuss.”