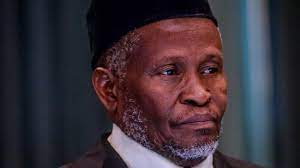 The Chief Judges of Rivers, Kebbi, Cross River, Anambra, Jigawa and Imo States had been summoned.

Senior officials of the National Judicial Council Sunday confirmed that the CJN had demanded the records of proceedings in all the suits from which the conflicting ex parte orders arose.

The CJN has also summoned the Chief Judge of Delta State over last Thursday’s order removing the caretaker committee’s chairman of the All Progressive Congress and Gombe State Governor Mai Mala Buni.

He is also believed to be planning a meeting with the leadership of the Nigerian Bar Association later this week.