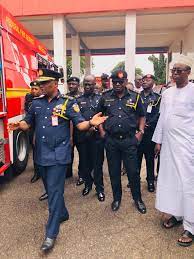 The House of Representatives has urged the Federal Government to jettison its move to arm personnel of the Federal Fire Service.

The government had announced its plan to present before the National Assembly a bill to repeal the Fire Service Act and grant firefighters the power to bear arms to protect the firefighters from mob attacks while carrying out their duties and responding to emergencies.

But the House, while adopting a motion on notice moved by Thomas Ereyitomi, urged the government to halt the move.

Ereyitomi said the announcement had caused anxiety to the public due to the reckless use of firearms by those licensed to use same by their position as security agents resulting in death or grave injuries to citizens.

He noted that the Federal Fire Service is a civil outfit and not a security agency, adding that it was not logical to allow personnel of the outfit to bear firearms, as they do not require such arms to carry out their duties.