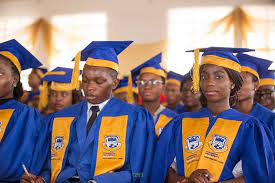 The Senate Committee on Basic Education says it will amend the law establishing the Joint Admissions and Matriculation Board to limit the age of candidates writing the Unified Tertiary Matriculation Examination to 16 years and above.

The vice chairman of the committee, Senator Akon Eyakenyi, stated this during the committee’s oversight visit to JAMB on Wednesday.

She said the committee had identified two major areas to be addressed in the proposed amendment for the exam body to function better.

While describing JAMB as a bridge between the secondary and the university, she said the agency was a necessary vehicle for the delivery of quality and standard education in Nigeria.

“If the products from the secondary schools are not properly catered for to be assessed before turning them into the university definitely you’ll have a problem,” she said.

The committee queried why the JAMB had almost 100 per cent performance of its 2020 budget and over N500m devoted to staff welfare apart from their regular salaries.

Responding, JAMB Registrar, Prof. Isiaq Oloyede, noted that the board does not have powers to disqualify any candidate on the basis of age, stating that individual institutions could decide on whom to admit as it is the case with University of Ibadan which does not admit candidates below 16 years.

Oloyede also said the budget of the board was only 75 percent implemented as the government issued a directive that 25 percent of funds budgeted be returned to the federation account.