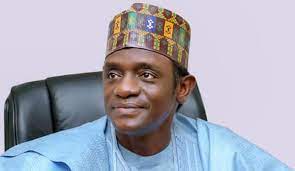 A Delta State High Court sitting in Asaba, on Wednesday, sacked the Governor of Yobe State, Mai Mala Buni, as the Chairman, Caretaker/Extraordinary Convention Planning Committee of the All Progressives Congress (APC).

The court restrained the interim chairman and others from parading themselves as members of the party’s CECPC until the determination of a substantive suit before the court.

Meanwhile, Buni had on Wednesday ratified and adopted the results of the party’s ward congresses, which took place across the country.

The decision to adopt the results was taken at the 16th meeting of the APC Caretaker/Extraordinary Convention Planning Committee which was presided over by Buni.

Meanwhile, the APC had threatened that it would henceforth punish any of its members who files any suit against the party over its CECPC.

A former member of the House of Representatives, Patrick Obahiagbon, disclosed the development after about 100 aggrieved members of the party in Benue State dragged the party and Buni, to the Federal High Court in Abuja over the continued stay in office of members of the committee.

The suit marked, FHC/ABJ/CS/938/2021, also had the Attorney General of the Federation (AGF), Abubakar Malami, and Independent National Electoral Commission (INEC) as defendants.

According to Obahiagbon, the punishment for such a member would start from the ward and go to the local government and state before coming to the national secretariat.