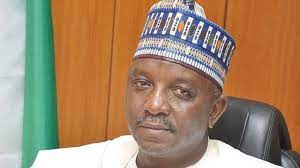 Sale Mamman, the erstwhile Minister of Power, courted many controversies shortly after he assumed office in August 2019.

First of such was the sacking of the former Managing Director of the Rural Electrification Agency (REA), Mrs Damilola Ogunbiyi, over internal issues in December 2019.

The federal government had reversed the sack to resignation.

More internal crisis continued among the power sector agencies culminating in the removal of the Managing Director of the Transmission Company of Nigeria (TCN), Mr Usman Gur Mohammed in May 2020, and a move that was frowned at by the Secretary to the Government of the Federation (SGF), Boss Mustapha and generated ripples from labour unions in the power sector.

The erstwhile MD of Nigerian Bulk Electricity Trading PLC (NBET), Dr Marilyn Amobi, also had a headlong encounter with the former minister until she was removed in June 2020.

There was also the removal of Prof. James Momoh, Chairman of the Nigerian Electricity Regulatory Commission (NERC), in November 2020 for attaining 70 years, earlier than his tenure ending 2022.

Another major crisis during the minister’s reign was the case of missing appointment letters for members of the board of TCN after their appointment in January 2021.

Under the minister, although power system collapses reduced, there were cases of power tariff hike controversies forcing the government to dialogue with organised labour and consequently reversing the tariff hike in some instances.

Meanwhile, a statement from the ministry’s spokesman, Austin Asoluka, has said Abubakar Aliyu is the new Minister of Power. Engr Aliyu was the former Minister of State Works and Housing.

“His appointment was announced today, after the FEC meeting presided over by Mr President,” the statement noted.

Aliyu has been working with Babatunde Fashola, the current Works and Housing Minister.

Fashola had served as the Minister of Power, Works and Housing from November 2015 to May 2019, before splitting of the ministry after Buhari’s re-election.