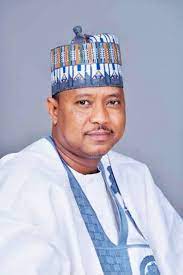 President Muhammadu Buhari has approved the appointment of Prof. Yusuf Aminu Ahmed as Chairman/CEO of the Nigeria Atomic Energy Commission (NAEC) for an initial term of three years.

This is contained in a statement signed by the Secretary to the Government of the Federation (SGF), Boss Mustapha.

“He is Professor of Nuclear Physics with several years of research in Nuclear Instrumentation and Spectrometry,” the SGF said in the statement signed on his behalf by Mr. Willie Bassey, Director Information, Office of Secretary to the Government of the Federation (OSGF).

The Nigeria Atomic Energy Commission was established in 1976 with the mandate to construct and maintain nuclear installations for the purpose of generating electricity, undertake research into matters relating to the peaceful use of atomic energy as well as educate and train persons in matters with respect to atomic energy and radioactive substances among others.