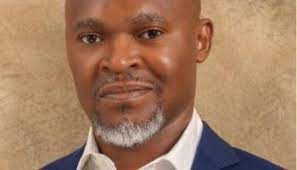 Uwaifo Ataga, a cousin to the late Chief Executive Officer of Super TV, says it is highly impossible for Chidimma Ojukwu, the estrange lover of the deceased, to have killed him alone.

Ataga was found dead days after checking into an apartment with Chidinma in Lekki, Lagos.

The suspect had fled the scene of the crime until she was arrested at her father’s house in Yaba, Lagos.

When she was paraded by the police in June, the 300 level student of the University of Lagos had said she killed him while he was trying to force himself on her.

She had sought forgiveness, saying she did not want to die.

But the 21-year-old student of UNILAG suddenly made a U-turn, saying she knew nothing about his death.

In an interview with Crime Fighter TV, the suspect said she left the apartment briefly and by the time she returned, she found him in a pool of blood.

Her recent statement had caused confusion, with many saying there is a deliberate attempt to twist the narrative.

But Ataga’s cousin told Crime Fighter TV that he was convinced that the murder was not carried out by Chidinma alone.

”I have had the regrettable privilege of seeing that dead body five times. My cousin’s hands were tied so badly that the rope entered his skin. The rope is right there as an exhibit with the police.”

“That binding could not have been done by that lady alone, not possible, even if he was drugged. It is not possible because I saw the lady and I saw my cousin and I said this is not possible.

“Apart form the fact that he was tied, there were multiple stabs on his body. So that story of two stabs and neck is not true. He was stabbed in other places. In fact, at Yaba mortuary, the attendants were so dramatic that they told us clearly of multiple stabs.”