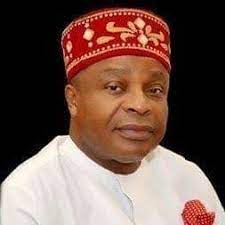 It was gathered that Senator Effiong, also a former speaker of the state House of Assembly, was seized by three armed hoodlums at his lounge, on Oron Road, Uyo on Sunday night.

It was learnt that eight people were injured when the hoodlums shot at those in the lounge during the kidnap incident.

One of the victims, Ekwere Ekwere, posted on a WhatsApp forum, “I have just been along Oron Road,” alerting residents of the incident.

Another source who preferred to remain unnamed, said the senator was taken away by the hoodlums in a Toyota Camry car.

“The incident occurred at about 9pm on Sunday. The armed men stormed the lounge in a Toyota Camry car and started shooting, sending customers and other guests scampering for safety before they made straight to the former senator,” he said.

The police spokesman, SP Odiko MacDon, confirmed the incident saying investigations into the kidnap is ongoing.

“The command has received the report about the abduction of the victim and the commissioner of police has ordered investigation into the matter.

“I believe that in no distant time, he would be rescued. The CP has also condemned the act and said no resources would be spared to ensure that he is rescued,” he said.