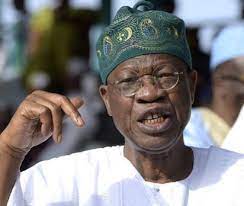 The crisis in Kwara State’s All Progressives Congress (APC) has continued to deepen, as its Elders caucus has called for the immediate suspension of the Minister of Information and Culture, Lai Mohammed, over allegations of factionalisation of the party, and other anti-party actions.

The caucus, which made the move on Thursday also called for Mohammed’s removal as a minister, saying “he is no longer fit to represent” the interest of the people of the state.

However, following the development, a faction of the party that is loyal to the minister threatened to invoke section 21 of the party’s Constitution on the state Governor, Abdulrahman Abdulrazaq, for the same allegations of involving in anti-party activities.

The group had during a media parley organised by its legal adviser, Oladimeji Mustapha, said the Elders caucus lacks the power to call for the suspension of the minister as the party’s constitution does not recognise them.

“There is no elder caucus in the constitution of APC and therefore, the call for the suspension and removal from office of the minister was baseless and uncalled for and lack locus standi,’’ Mustapha said.

The Kwara APC elders’ caucus had at a press briefing organised by their spokesperson, Prince Sunday Fagbemi, in Ilorin, alleged that the minister created a parallel party secretariat in the state.

Mustapha said, “The action of Alhaji Lai Mohammed has clearly shown to everyone that the crisis that has bedeviled our party in Kwara state was not precipitated by the erstwhile chairman of the party, Alhaji Bashir Bolarinwa. Bolarinwa was just a tool in the hands of Alhaji Lai to destroy the APC in Kwara State.’’

Ripples Nigeria reported that the minister had last Saturday commissioned a new party secretariat in Ilorin, for a faction of the party.

Mohammed had also declared that there would be no APC congress in the State until all members of the faction are duly registered and their membership revalidated.

The minister also assured his supporters who were denied registration and revalidation of membership during the last exercise that they will be captured before congress would be held in the state.