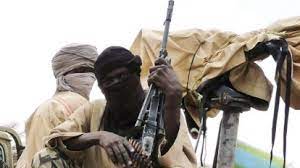 The victims were allegedly released after a ransom of N10 million was paid.

Seven students and two lecturers of the institution had been abducted when gunmen stormed the staff quarters of the school around 10pm on June 10.

However, after one month in captivity, our correspondent gathered that the nine captives had regained freedom after N10 million was paid in two tranches – N6.5 million and N3.5million.

A relative of one of the lecturers confirmed to our correspondent that all nine students of lecturers have been released.

The source said they spent the night within Kaduna metropolis before they were transported to Zaria on Friday morning.

“They are all alive and we have spoken with all of them. Because they were released late, we decided that they spend the night in Kaduna city so they can be transported to Zaria in the morning,” he said.

He confirmed that N10 million had been paid for their freedom, adding that some of them were dropped off behind the Nigerian Air Force Base at the Mando area of Kaduna.