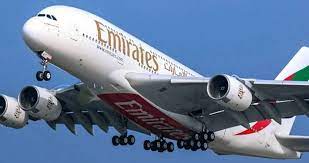 The United Arab Emirates (UAE) General Civil Aviation Authority (GCAA) has replied to the Federal Government of Nigeria over the reason it offered for the suspension of flights to Dubai in the past four months.

The Minister of Aviation, Senator Hadi Sirika had during a briefing by the Presidential Steering Committee on COVID-19 described the protocol introduced by the UAE as discriminatory, saying it was targeted at only Nigerians.

Sirika made the remarks against the backdrop of the controversy trailing the suspension of flights between Nigeria and UAE which is one of the most lucrative routes for airlines and Nigerian travel agents.

UAE had introduced a rapid antigen test in addition to the negative PCR test stipulated by the Federal Government.

This was rejected by Nigeria and on the basis that UAE suspended flights between Nigeria and UAE.

There was confusion recently when the UAE lifted the ban and Emirates Airlines announced the resumption of flights but less than 24 hours later, the ban was reinstated.

But the UAE civil aviation authority in a statement posted on the country’s news agency website on Sunday night denied targeting Nigeria or any particular airline in the measures taken in response to the COVID-19 pandemic, saying it was committed to upholding the highest standards of public health and safety.

Saying the UAE took a number of “difficult but necessary decisions throughout this pandemic to protect the health of those in the country”, the authority stated that at no point has the UAE ever given certain airlines exemptions from these measures.

The UAE GCAA said the restriction placed on different countries came up “after reviewing the prevalence of concerning variants, the number of passengers arriving from each country who subsequently test positive for COVID-19, and the integrity of domestic testing facilities.”

This list of countries, according to it, is subject to regular review and change.

The statement said: “The UAE authorities, like those in every country, have made a number of difficult but necessary decisions throughout this pandemic to protect the health of those in the country.

“Over the course of the past 12 months, the UAE has introduced a variety of special measures to govern travel between the UAE and a number of countries. These measures have sometimes been tailored to the particular characteristics of certain areas, but they were always introduced with only one objective in mind: to ensure the health and wellbeing of citizens, residents, and visitors.

“In some cases, the UAE has decided to restrict all or indirect travel from countries where the COVID-19 situation is especially concerning.

It however promised that the UAE government would continue to coordinate with the Nigerian government and to closely monitor the current situation, adding it would “proceed with updated measures that are in the best interests of the safety and well-being of citizens, residents, and visitors.”

“The GCAA will continue to work tirelessly with its international counterparts to find ways to facilitate travel without compromising public health and safety, and in line with international aviation standards.

“In this respect, the GCAA looks forward to reviewing constructive responses from the relevant authorities in Nigeria, following the consultations held between the UAE embassy and Nigerian officials over recent months,” it added.