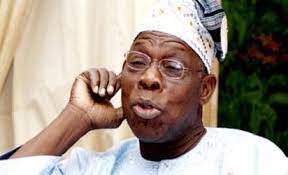 Former President Olusegun Obasanjo, yesterday, debunked reports that he was floating a new political party ahead of the 2023 general elections.

There have been reports that the former president has commenced plans to form a new political party.

The former president, in a statement by his media aide, Kehinde Akinyemi, maintained that he has no plan to float a new political party “now or in the near future.”

Obasanjo said those behind the rumour should have their brains checked at the psychiatric hospital.

“I’m done with partisan politics but by my position in Nigeria and in Africa, and without being immodest and indeed in the world, my door must be opened and it is open to any individual or group of individuals who want to seek my opinion, view or advice on any issue or matter and I will respond to the best of my ability, without being part of that individual or group.

“Let those who want to use the back door to force Obasanjo to return to partisan politics respect his choice to remain a non-partisan statesman.

“On his part, the former president will continue to perform his role as a statesman focused on providing counsel, support, or solutions wherever possible in Nigeria, Africa and indeed the world,” the statement reads.