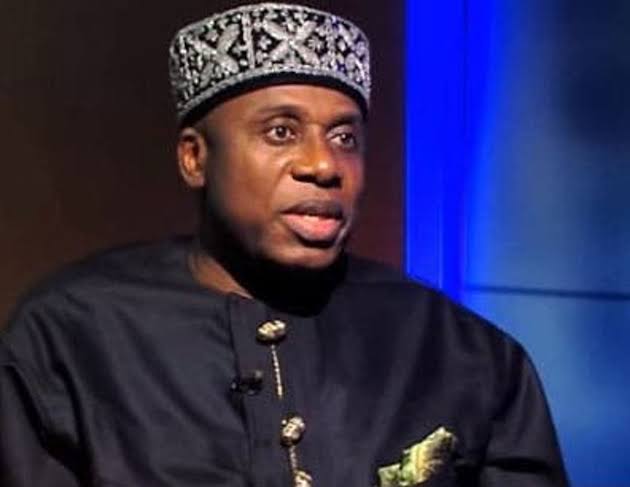 Dr. Olusunle in his piece titled, “Revisiting Rotimi Amaechi’s Legacies in Rivers State.”, published in the Guardian Newspaper of Wednesday, 10th November 2021, tried so hard to tarnish and malign the image of Rt. Hon. Rotimi Chibuike Amaechi, former Governor of Rivers State, Leader of the APC in the South South and Minister of Transportation
.
He went from questioning the rationale behind the reconstruction of the narrow gauge rail line, to castigating the Minister for the construction of the Port Harcourt Mono rail. He went further to put the blame of the issues in the Rivers State APC at the foot of the Minister. The most alarming was blaming the Minister for the supposed militarization of Rivers State during the 2019 General Elections. Laughable if you ask me.

I will address the most important issues he raised one after the other to show that Dr. Olusunle was only being clever by half.

1. The Port Harcourt Monorail: This project was embarked upon as a part of the Greater Port Harcourt City project. This was an ambitious project aimed at decongesting and expanding the capital city of Port Harcourt. The Phase 1 of the project had to be further divided into two phases- Phase 1A (Sharks Park – UTC Junction) which has been completed and Phase 1B (UTC Junction – Waterlines), due to the economic realities the state faced. That it has been abandoned shows the lack of foresight and cluelessness of the current administration. The Greater Port Harcourt City Project and the Mono Rail has gone the way of so many other laudable initiatives of the Rotimi Amaechi administration like the Songhai Farm, Banana Plantation, Model Secondary Schools, Overseas Scholarships, Students Bursary etc. Even things as basic as promotion of civil servants. Abandoned by the man Dr. Olusunle has so much respect for as a champion of democracy.

2. The Port Harcourt-Maiduguri Narrow Gauge Construction: Several people have made unnecessary noises about the approval for a Narrow Gauge for the South South and South East, while Standard Gauge is being constructed in other parts of the country. The journalist in Dr. Olusunle did not let him see the several countries like Japan and South Africa who use the same Narrow Gauge, neither did he acknowledge the several explanations given by the Minister at several fora that the only difference between both Gauges is the speed factor. If he had looked a bit deeper, he’d have also realized that the recently approved Lagos-Calabar railway for which a 10 billion dollar loan has been secured is a Standard Gauge and cuts through all the South South states, terminating in Calabar. He mentioned the efforts of the Minister to see to the establishment of a University of Transportation in Daura but is blind to the existence of the Nigerian Navy War College in Ubima, the Minister’s hometown. He also isn’t aware that the Port Harcourt-Maiduguri Rail Rehabilitation comes with a University to be sited in the same Ubima.

3. Amaechi’s legacies in Rivers State: It is indeed laughable that Dr. Olusunle will choose to compare a man who had built and equipped 300 primary schools with a further 450 at different stages of completion, over 100 well equipped Primary Healthcare Centers, Model Secondary Schools (which Gov. Wike has converted to the satellite Campuses of the Rivers State University that he so harps about), a man who in one fell swoop employed 600 doctors and 13200 teachers, regularly promoted and paid civil servants to one who has reduced governance of a state to that of two Local Governments. He praises the Gov. Wike that has not promoted any civil servant, paid retirees benefits, employed any individual, paid zero bursary to the students of the university he wants to decentralize. Laughable.
Supposed Militarization of Rivers State in the last General Elections:
Dr. Olusunle should tell us what the security forces should do when thugs attempt to cart away election materials. He should also tell the world of the caliber of some of the people his hero Wike gave tickets to the state legislature.

4. Th Problems in Rivers APC:
On this issue, I will advice Dr. Olusunle to ask questions of his friends back home on the real sponsors of the supposed crisis in Rivers APC. He can also ask Gov. Wike who he has profound respect for, how the judiciary gives frivolous orders to political desperadoes.
Finally, I would like Dr. Olusunle to know that Amaechi’s legacy in Rivers State is solid where it matters most, amongst the common man. He is remembered as the Governor who brought development to the hinterlands, the one who sent children of the poor abroad on scholarships (something Dr. Olusunle will do well to advice Gov. Wike to revive). Amaechi is remembered as the Governor who demystified governance in Rivers State by holding regular town hall meetings with the people, where they not only had a chance to ask questions directly without any fear of repercussion but was also an avenue for the people to know the income and expenditure profile of the government for the year under review. That an opportunity has not arisen for Amaechi to sit and discuss the progress of the State with the present Governor is due more to the fact that the present occupant of the seat does not really know the difference between governance and politics than Amaechi’s supposed inadequacies as Dr. Olusunle would have us believe.

I can understand his love and respect for Gov. Wike. As an author, he would appreciate the conception and execution of an excellent work of fiction. Rt. Hon. Chibuike Rotimi Amaechi stands head and shoulders above most players in the Nigerian Political firmament today. Dr. Olusunle’s speaker of truth to power does not even come close.