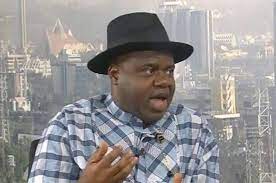 The Bayelsa State Governor, Douye Diri, has said Ijaw nation is not part of any group agitating for secession, stressing that it is a distinct ethnic nationality.

Speaking while hosting the founding fathers of Bayelsa State at the Government House, Yenagoa, on Thursday, Gov Diri said as one of those who struggled for the creation of the state, he was conscious of the developmental needs of the state and assured that he would not derail.

He also restated the commitment of his administration to a better and greater state in terms of development.

According to his spokesman, Daniel Alabrah, the governor appreciated the founding fathers for their roles in the creation of the state and their support during the governorship election, saying posterity would be kind to them.

According to Alabrah’s statement, Gov Diri said: “It is incumbent on this government to develop the state. So, we are looking at another development plan for our dear state. Ijaw nation is blessed and Bayelsa is blessed. It is only by working together we can develop.

“After my election and after speaking with my God, I said the first policy I would adopt would be no victor no vanquished. We did not struggle for the creation of Bayelsa. So, we cannot kill ourselves.

“I like you to join me in this journey for brotherhood, peace and development of our dear state. As founding fathers, you have the vision of what Bayelsa should look like. I invite you to be part of the process of governance in this state.”

Earlier, Sir Benedict Gwembe, Chairman, Bayelsa Founding Fathers Forum, urged the governor not to relent but to do more for people of the state and the Ijaw nation at large.