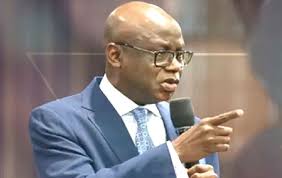 According to the cleric, the federal government has replaced the search for justice with intimidation and brutality.

“I don’t support any act of violence, taking up arms against the country and killing people. Those are in the realm of criminality and anybody doing that must be brought to book. However, we must realise that what has given rise to the agitation is lack of justice and equity.

“When there is justice, when there is equity, agitation will die down. How can you be expending so much energy on Igboho and Kanu? Igboho and Kanu are not Nigeria’s problems. Nigeria must restructure and no one can stop that,” he declared.

Bakare said this during a sermon in his church in Ikeja, Lagos State on Sunday.

He further detailed how his recent assertions have not gone down well with a particular official of Buhari’s administration while daring him to come after him.

Bakare stated, “I dare you to come after me since that is the usual style now. You might have done it to others; you are about to learn a lesson if you touch me,” said the cleric, who did not name the government official. If you know what I have done in secret, bring it to the open.

“I dare you to come after me if you can. I worked with you; I worked for you; I supported you to get there (where you are). When I talk now, I now have a smelly mouth. I am not interested in meeting you any longer; no more visits. Now, it is war, because Nigeria must be set free,” Bakare said.