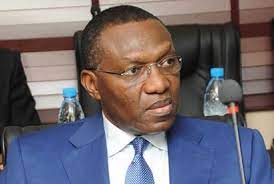 His campaign council called the assertions the “height of mischief for any person to say that” and blamed the rival All Progressives Grand Alliance for the claim.

Director-general of the Andy Uba Campaign Council, Paul Chukwuma, issued a statement on Tuesday saying Uba had never at any time made a statement promising to establish open grazing in Anambra State if voted in as a governor.

“We are not in doubt as to the origin of fake news. With major opposition like the All Progressives Grand Alliance (APGA) running from pillar to post as its November 6 expiry date approaches.

“It has resorted to all manner of bias tactics to unsettle APC.

Uba was elected senator representing Anambra in 2011 on a PDP ticket, but defected to the APC in 2017.

“We wish to use this medium to expose lies in such report from whatever quarters it may have originated,” Chukwuma stated.