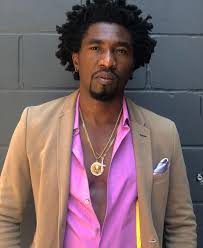 Evicted BBNaija Housemate, Boma, says he feels like the most hated guy on the continent. Boma has been trending on social media since he was evicted from the game on Sunday.

His romantic involvement with Tega, a married housemate, had triggered backlash.

Speaking in an interview with Classic FM, Abuja, on Tuesday, Boma said he only acted a script.

He said it was not his real self that got involved with Tega.