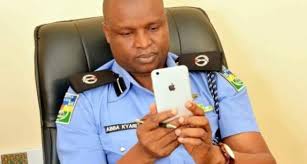 The Inspector-General of Police, Usman Baba, on Monday, received the report of the Special Investigation Panel (SIP) instituted to unravel the allegations against the former Head, Intelligence Response Team, Deputy Police Commissioner Abba Kyari, in connection to an alleged fraudster, Abbas Ramon, also known as Hushpuppi.

The panel was instituted a fortnight ago in order to probe Kyari for his alleged involvement in a $1.1 million Internet fraud linked to the Instagram influencer, Abbas Ramon, also known as Hushpuppi and four others.

The four-man panel is headed by the Deputy Inspector -General of Police in charge of the Force Criminal Investigations Department, Joseph Egbunike.

The Federal Bureau of Investigations had stated that Kyari detained an associate of Hushpuppi, Chibuzor, at the behest of Hushpuppi for one month to enable the latter and his co-conspirators fleece their Qatari victim of over $1m, following thorough investigations.

As a result, the IG on August 1, recommended the suspension of the Kyari to the Police Service Commission, with effect from July 31.

The IG thereafter, set up the SIP to investigate the allegations against the suspended DCP.

However, reports had revealed that Kyari was able to argue that some of the accusations levelled against him were acts of vendetta meant to tarnish his reputation.

It was also learned that during the Panel’s sittings, Kyari appeared several times before it where he, however, dismissed the allegations of conniving with Hushpuppi to defraud the Qatari businessman.

In another twist, the FBI reportedly sent its operatives to Nigeria to seek the extradition of Kyari to face prosecution in the USA