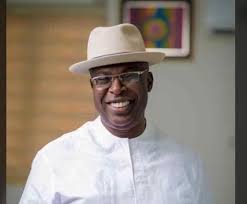 President Muhammadu Buhari has appointed Timipre Sylva, Minister of State, Petroleum Resources, as head of the committee on the implementation of the newly signed Petroleum Industry Act (PIA).

Femi Adesina, presidential spokesman, who announced this in a statement, said the committee has 12 months for the assignment, and periodic updates will be given to Mr President within the period.

Other members of the committee are: Permanent Secretary, Ministry of Petroleum Resources, Group Managing Director, NNPC, Executive Chairman, FIRS, Representative of the Ministry of Justice, Representative of the Ministry of Finance, Budget and National Planning, Senior Special Assistant to the President on Natural Resources, Barrister Olufemi Lijadu as External Legal Adviser, while Executive Secretary, Petroleum Technology Development Fund, will serve as Head of the Coordinating Secretariat and the Implementation Working Group.

Adesina said the primary responsibility of the steering committee shall be to guide the effective and timely implementation of the PIA in the course of transition to the petroleum industry envisaged in the reform programme, and ensure that the new institutions created have the full capability to deliver on their mandate under the new legislation.

While speaking during a meeting with the leadership of the National Assembly led by the President of the Senate, Ahmed Lawan, Buhari noted that the lack of political will had hampered the growth of the industry.

In the last ten years, Nigeria is said to have lost about 50 billion dollars but the new act will coordinate the activities of the NNPC and reposition it for further progress.

Meanwhile, Senate President Lawan, while speaking after the President’s statement on the assented Petroleum industry bill at the State House, Abuja, cautioned against tampering or manipulation in the disbursement of the 3 per cent (500 million dollars) compensation which accrues to host communities by the appointed people.

He urged prudent deployment of the money, specifically earmarked to engender development in the host communities and end their suffering.

He also implored Nigerians defocus on the grievances as a result of the new act but remain optimistic that the act (which can be amended) will be implemented.

Lawan also expressed confidence that the PIB act will further incentivize greater investment in the sector.