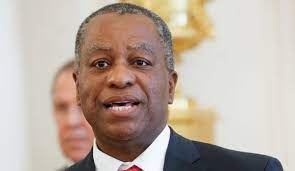 The Indonesian government has formally apologised to the Nigerian government over the manhandling of its diplomat in the South-East Asian country.

A video of an accredited Nigerian diplomat, Mr. Mohammed Buba, being rough-handled by Indonesian immigration officials, went viral on social media platforms on Monday, prompting Nigeria to threaten to review its relationship with the country.

Following the incident, the Nigerian government recalled its Ambassador to Indonesia, Usman Ogah to give a detailed account of the assault.

Also, the Association of Foreign Relations Professionals of Nigeria (AFRPN) comprising serving and retired ambassadors, had called for the return of the Indonesian Ambassador to Nigeria, Dr. Usra Harahap, to Jakarta “until satisfactory explanation and necessary restitutive steps are taken by Indonesian authorities to assuage frayed nerves.

However, on Thursday, the spokesperson to the Indonesian Foreign Ministry, Teuku Faizasyah said, “The Ministry of Foreign Affairs regrets the incident on August 7th.

“This is an isolated incident, and is in no way related to the commitment of the Indonesian government in carrying out its obligations as host country or in accordance with the Vienna Convention on diplomatic relations.”

Meanwhile, the viral video of the unfortunate event showed at least three men in a vehicle assaulting Mr Buba, ignoring his screams of pain.

While two of the immigration officials held his hands and pinned him down in the backseat, another freely assaulted his unprotected head as he cried out in pain.