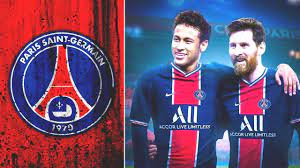 Lionel Messi has agreed to join Paris Saint-Germain on a two-year contract, according to reports.

The French club reportedly offered Messi an initial two-year deal, thought to be worth £25m a year after tax. He is expected to fly to France to seal the deal, which includes an option to extend it by a year.

Messi, his lawyers and his father, Jorge, have been in talks with PSG since Thursday.

The move will enable Messi to link up with Neymar, his former teammate at Barcelona.

Messi, who had spent his entire career at Barcelona, broke down in tears at a press conference where he formally announced his exit.

The six-time Ballon d’Or winner had said he was not prepared to leave the club where he had spent 21 years.

He was looking forward to signing a new five-year deal when the club announced that things had changed owing to “financial and structural obstacles”.

At the press conference, Messi said until the turn of things, he was optimistic that he would remain at Camp Nou.

“This is really difficult for me after so many years, having been here for all my life. I am not ready for this.

“These recent days I’ve been thinking, giving a lot of thought to what I can say. And the truth is that I can’t think of anything. This is really difficult for me after so many years.

“I’ve been here my entire life. I’m not ready for this. And last year with all the nonsense, I was convinced of what I wanted to say, but this year it is not the same.

“This year my family and I were convinced we were going to stay here. That is what we all wanted more than anything. We were at home, and we thought we’d be staying here in Barcelona, the time we’ve hard here and with the city and football has been amazing. But today, I have to say goodbye to all of this,” he said.