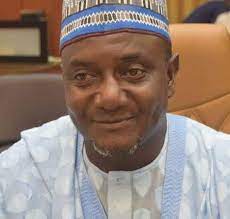 Bandits who abducted the Niger State Commissioner for Information, Muhammed Sanni Idris, have made a N500 million ransom to secure his release.

Ripples Nigeria had reported how heavily armed gunmen kidnapped Idris from his country home in Baban Tunga, Tafa Local Government Area of the state in the early hours of Monday.

Confirming the ransom demand by the bandits to Ripples Nigeria on Tuesday, the Secretary to the State Government (SSG) Alhaji Ahmed Ibrahim Matane, said the kidnappers reached out to the state Deputy Governor, Ahmed Ketso, who has been charged with the task of negotiating with the abductors.

“I can confirm that the kidnappers have since established contact to make their demand known.

“The kidnappers are demanding for N500m ransom while marathon security meetings presided over by Deputy Governor ended last night at the government house but no details of the meeting will be made public for security reasons.

“But the state governor, His Excellency Abubakar Bello has ordered security operatives in the state not to leave any stone unturned in order to rescue the Commissioner,” Matane said.