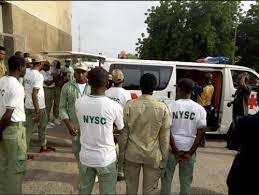 Some prospective members of the National Youth Service Corps (NYSC) have reportedly died in a fatal motor accident that occurred while on their way to orientation camp.

According to one of the survivors, there were many casualties as some were headless while several others badly injured.

He also said they are currently at Kwari General Hospital where are receiving treatment.