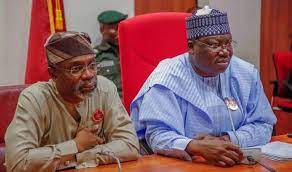 The Senate and the House of Representatives have constituted “conference committees” to harmonize the passed Petroleum Industry Bill (PIB).

Senate President Ahmad Lawan, who announced the composition of the Senate committee, charged members of the committee to meet with their counterparts in the House of Representatives to enable the National Assembly come up with a final document on the PIB for transmission to the executive.

The committee, chaired by Senate Leader Yahaya Abdullahi, was mandated to harmonize the discrepancies in the bill before sending it to the Presidency for assent.

PIB, among other things, provides that three percent of operating expenditure of oil companies, estimated at $500m annually, be directed to the development of host communities.

The House of Representatives, which also passed the PIB yesterday, also constituted its harmonisation committee headed by the chairman of the Special Committee on PIB, Mohammed Monguno and the chairman, Committee on Banking and Currency, Victor Nwokolo and others as members.