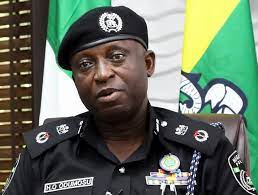 Commissioner of Police, Lagos State Police Command, CP Hakeem Odumosu, yesterday, handed down a warning to self-acclaimed Yoruba freedom fighter, Chief Sunday Adeyemo, popularly called Sunday Igboho, not to stage any rally in Lagos,  threatening to deal with decisively with anyone who violates the directive.

The planned rally slated for tomorrow at the Gani Fawehimi  Freedom Park,   Ojota area and other parts of the state, was aimed at driving home Igboho’s agitation for the Yoruba nation.

Although Igboho  has assured that the rally would be peaceful, the CP insisted that the command would  not allow any rally  to hold, in order to avoid a repeat of a total breakdown of law and order as witnessed in the  hijacked EndSARS protest, last year.

Odumosu said, “ Lagos State cannot afford to experience any security lapses, breakdown of law and order and threat to public peace at the moment, considering the negative effects and reoccurring agonies of the October 2020 violent #Endsars crisis that led to massive destruction of public and private facilities, while some Police personnel paid the supreme price. This is in addition to many Police stations, barracks and officers’ personal properties that were set ablaze during this period.

“The Command is still going through those harrowing experiences. It will not be cajoled by the so-called organizers that the rally will be peaceful. That was the same slogan adopted by the organizers of the #Endsars protest that eventually snowballed into crises with attendant massive destruction of lives and properties. The Police will not submit to their antics”.

He disclosed that Intelligence revealed that one Elewe-omo, a transport Union leader in Ibadan, Oyo State, had perfected a plan “to attack organizers of the rally as a reappraisal attack on the death of one of his followers allegedly killed by one Sunday Igboho’s group during a similar rally organized in Ibadan, Oyo State sometimes ago”.

Intelligence at the command’s disposal, according to him, further revealed that some disgruntled elements had perfected plans to infiltrate the ranks of the protesters to hijack the opportunity to attack and loot properties of Lagosians.

He further disclosed that the command was aware of alleged plans by the organizers’ foot soldiers to embark on a procession on the streets of Lagos as part of the programme for the planned mega rally.

On this note,  he said, “the Command still reaffirms that on no account will any actual or rumoured activities including the said planned mega rally be allowed to lock down the state or hinder normal daily activities of the good people of Lagos State.  The effect of this, if allowed to come to fruition, is better known than imagined on the security, traffic and economic activities of a cosmopolitan state, like Lagos.

“It has also come to the knowledge of the command that the rally arranged to take place at the Gani Fawehimi Freedom Park, Ojota, Lagos, has been planned by some other yet-to-be-identified groups to simultaneously take place in LekKi Toll Gate, Ikoyi, Iyana-Ipaja, Ikeja, Surulere, Ikorodu and other areas.

“This, if allowed, could be a fatal ground to anarchy. The cumulative effect of all these poses a  threat to law and order in the State. The Command will not fold its hands and allow disgruntled elements to truncate the peace being enjoyed in the state”.

He therefore, appealed to Lagosians  to shun the rally and called on  parents and guardians  to discourage their children and wards from participating in it.