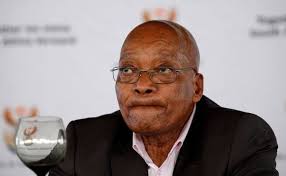 A Constitutional Court in South Africa has sentenced former President Jacob Zuma to 15 months in prison for contempt of court.

Zuma was found guilty by the country’s highest court after he defied its order to appear at a corruption inquiry centered on his tenure between 2009 and 2018.

“The only appropriate sanction is a direct, unsuspended order of imprisonment” lasting 15 months, the constitutional court said in a judgment on Tuesday.

Zuma had ignored an order to appear subsequently after one appearance at the inquiry into corruption, what has become known as “state capture.”

While Raymond Zondo, South Africa’s deputy chief justice and the head of the inquiry, had sought to have him jailed for his defiance.

The court explained that Zuma was in contempt of court, responding to a series of direct assaults and calculated and insidious efforts to contest its legitimacy.

“The strength of the judiciary is being tested.. never before has the judicial process been so threatened.” the court added

Businessmen were accused of conspiring with politicians to influence the decision-making process during his reign.

Zuma was said to have five days to present himself to the authorities, as he was not seen in court during the Tuesday’s ruling.

The former president has continued to insist that all charges are the product of a political witch hunt.

He was ousted in 2018 following internal discord among the ruling African National Congress (ANC), against a backdrop of public outrage over alleged corruption and mismanagement of state resources.