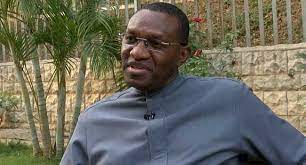 Eleven governorship aspirants on the platform of All Progressives Congress (APC), have rejected the party’s Anambra State primary election results.

The aspirants, led by Chief George Moghalu, in a briefing, called for the cancellation of the exercise, noting that the process was hijacked by some enemies of the party in the country.

They also called on the National Working Committee of the party to terminate the electoral panel, headed by Ogun State governor, Dapo Abiodun.

Moghalu, who spoke to newsmen on behalf of the aspirants, urged the electoral committee to cancel the process with immediate effect.

“I thank God, you journalists were in my hometown to see things for yourself.

“I was in Uruagu Ward 1 for the past two hours waiting to cast my vote, but I could not find any voting materials and other Wards across Nnewi North/South Council Areas.

“I am not happy with the situation.

“I learnt that some people are writing the result somewhere, which did not conform with the free, fair and transparent election, the panel promised.

“The voting materials that supposed to have been distributed to all the 326 wards in the state as earlier as 8 am, according to the election committee’s guidelines, arrived at about 6:45 pm.

“So, how do you expect us to cast our votes?

He said they heard that voting took place in some wards but was hijacked by a particular candidate, saying that results from such an arrangement would not be accepted.

He described the primary election as fraudulent, which cannot stand.

“On the final note, we call for the cancellation of the election,” he added.