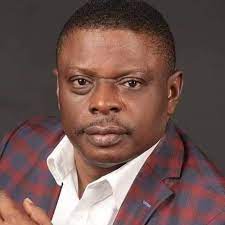 President Muhammadu Buhari on Monday approved the appointment of Mr. George Ekpungu as the new Secretary of the Economic and Financial Crimes Commission (EFCC).

The Special Adviser on Media and Publicity to the Attorney-General of the Federation, Dr. Umar Gwandu, disclosed this in a statement on Monday.

Ekpungu served as the Commissioner for New Cities Development in Cross River State from 2015 to 2018.

The statement read: “President Muhammadu Buhari has appointed George Abang Ekpungu as the Secretary of the EFCC.

“The appointment is for a fresh tenure of five years. Also appointed as board members of the EFCC are Luqman Muhammad (South-South), Anumba Adaeze (South-East), Alhaji Kole Raheem Adesina (North-Central) and Alhaji Yahya Muhammad (North-East).”

“The appointment is in line with Section 2 (1) and Section 4 of the Economic and Financial Crimes Commission Act, 2004.”