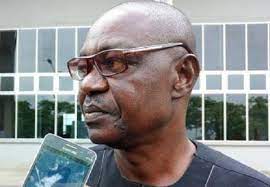 Ukpepi, who was released on Sunday evening after being in captivity for six days, was kidnapped in his residence in Akpabuyo local government area of Cross River, near Calabar.

Police Public Relations Officer in the state, DSP Irene Ugbo, confirmed the release of the NLC chairman in a telephone interview with NAN on Monday in Calabar.

Ugo told NAN that the Chairman was released by a combined team of security agencies in the state.

According to her, the Chairman was currently receiving treatment at an undisclosed hospital in Calabar.

The PRO did not disclose if any ransom was paid for his release, but added that he was released unhurt.

“As we speak, the Chairman of NLC was released last night. He is currently receiving medication in a hospital in Calabar,” she said.

On his part, Mr Ani Esin, the State Security Adviser for Southern Cross River, said that Ukpepi was released by the efforts of government and security agencies in the state. (NAN)