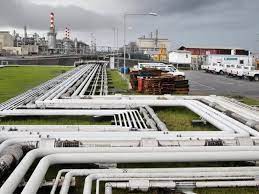 Buhari, who launched the project virtually during the ground-breaking ceremony held in Bonny Island, Rivers State, maintained that the project would earn Nigeria more dividends and more revenues.

Recalling how he witnessed the formation of the company as the Minister of Energy in 1978, Buhari expressed satisfaction over how the NLNG has transformed from just a project to a very successful company in about 30 years.

The NLNG, he added, has contributed $114 billion in taxes to Nigeria and with this new project, there will be more jobs that wil touch the lives of everyone particularly the host community.
“The NLNG Train 7 represents another historic milestone in the history of NLNG. NLNG story has been associated with success,” he said.