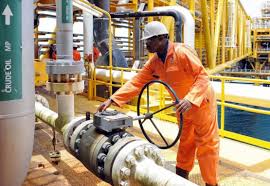 On Wednesday, Crude oil price rose to its highest level under the administration of President Muhammadu Buhari, following rising geo-political tension and higher demand for the black liquid.

Central Bank of Nigeria data showed that the price of crude oil rose to $95.23 per barrel, representing the highest level since the administration of President Muhammadu Buhari took over on May 29, 2015.

Following the CBN analysis of crude oil data, the last time the price of crude oil was as high as the current price was on September 30, 2014 when the product sold for $96.77 per barrel.

The drop in the price of crude oil since 2014 had marked the end of an oil boom era for Nigeria and the start of a protracted period of a fall in oil revenues, multiple devaluations and recessions and an accumulation of debt not seen since the return to democracy in 1999.

While some analysts are of the view that the current oil price increase may not deliver the same sort of revenues recorded by Nigeria in 2014, others argued that the country still stands to benefit and will cash in on its oil exports as the price of the black liquid is beginning to rise.

Data from the Central Bank showed that Nigeria earned about $11.3bn from crude oil and gas exports in the third quarter of 2021 when oil prices averaged $75 per barrel

While there has been an increase, the country still struggles to meet up with its OPEC quota of 1.66 million barrels per day.

In the 2022 budget, the federal government pegged the crude oil benchmark at $62 per barrel with the projected oil production put at 1.88 million barrels per day.

With higher crude oil price which is above the budget benchmark of $62 per barrel, experts are of the view that Nigeria is set to gain big on oil with its current price.

Global crude oil prices have risen substantially in the past 30 days, inching toward the $100 a barrel mark and igniting concerns of higher inflation in both international and domestic markets.

According to analysis of the CBN data, oil prices have moved up by around 30 per cent since the end of November on stronger-than-expected demand despite the fourth wave of the pandemic, and supply outages that have tightened the market.

Goldman Sachs Group had predicted that crude oil prices will hit the $100 mark in the third quarter of 2022, and the IEA has said that demand is on track to hit pre-pandemic levels.

With crude oil hitting $100 per barrel, Nigeria would have more foreign exchange to meet its fiscal deficits as oil benchmark in the 2022 budget was pegged at $62/barrel.

Crude oil export constitutes over 90 per cent of foreign exchange as dollar-starved Nigeria would see enough forex to boost its reserves which is currently at $40.1bn.