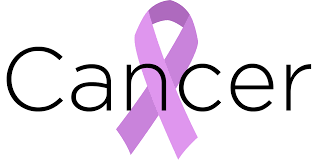 According to the World Health Organisation, cancer is one of the leading causes of death and an important barrier to increasing life expectancy in every nation.

A 2019 study showed that cancer leads to death before the age of 70 years in 112 of 183 countries. Unfortunately, 70% of these deaths occur in developing nations like Nigeria due to lack of access to optimal care.

” The relative magnitude of the projected increase is highest in low Human Development Index (HDI) nations (95%), including Nigeria.”

It warned that except resources are rightly placed to appropriately treat and manage the growing cases, the projected increase in cases will be followed by increase in mortality rates.

To manage the menace of increased cancer cases in Nigeria , the organisation suggested that the country builds a Comprehensive Cancer Centre (CCC) that can optimally tackle all stages and types of cancer.

The organisation lamented that whilst India has over 200 CCC, Nigeria has none but rather spends over one billion dollars on foreign treatment annually, which is sufficient to establish twenty (20) CCC every year.

“The CCC is NOT a hospital with a radiotherapy machine. Rather, it is a world-class, stand-alone tertiary health institution, with all its units focused solely on cancer care. The CCC houses first-class cancer research, preventive, curative and palliative care in one place resulting in better outcomes across a range of measures, including, most importantly, cancer survival.

“Unfortunately, most Nigerians who go abroad for treatment end up dying because of late diagnosis and delay in intervention. Moreover, unforeseen situations (such as the COVID-19 restriction) may make it impossible to go on medical tourism, even if one could afford it.”