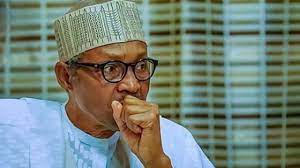 There is fear and apprehension that the mandatory isolation being observed by President Muhammadu Buhari may put his aides and other workers in the State House, Abuja, at risk of contracting COVID-19.

Although his spokesperson said the president was going to observe self-isolation on return from the UK on Friday, but it seems that the president has moved on with work, which required mingling with people, contrary to federal government’s guidelines.

In addition to mandatory self-isolation for travelers to be sure of their COVID-19 status, there were fears that the president could be at risk having been in contact with key staff of the Nigerian High Commission in London, some of who were reported to have tested positive for the disease.

The Nigerian High Commission has been shut down for 10 days in observation of UK COVID-19 regulations.

Among the staff who tested positive was the High Commissioner, Ambassador Sarafa Tunji Isola, who was seen in close contact with the President at the Airport in London and other members of the embassy staff.

Since his return, the president has announced two key appointments; of Chief Judge of the FCT High Court and judges of the Shari’a Court of Appeal, indicating that the president is in active work mode, contrary to rules by both the Presidential Steering Committee (PSC) on COVID-19 and the Nigeria Centre for Disease Control (NSCDC).

The fears were heightened Monday shortly after President Buhari signed the Petroleum Industry Bill (PIB) 2021 into law while working from home in the five days quarantine required by the Presidential Steering Committee on COVID-19 after returning from London on Friday, August 13.

Presidential spokesman Femi Adesina in a statement issued said the ceremonial part of the new legislation would be done on Wednesday, after the mandatory isolation would have been fulfilled.

It is believed that the President should have postponed all official engagements while observing the COVID-19 protocols.

Observers say his official photographer who took the picture released while assenting to the PIB and other close aides who might be mingling with him while working from home should not have been allowed to have access during the isolation period.

President Buhari had on July 26 departed for the United Kingdom to participate in the Global Education Summit on Financing Global Partnership for Education (GPE) 2021-2025 and later had a medical check-up in London.

According to the PSC’s Revised Quarantine Protocol, persons arriving from the overseas trip must proceed on mandatory 7-days self-isolation/quarantine and are to avoid physical interaction with friends, family, colleagues, and other members of the public.

The protocol dated 30th June 2021, signed by the PSC Chairman and Secretary to the Government of the Federation (SGF), Mr. Boss Mustapha, was a revision of the travel protocol released on 27th April 2021.

It was titled, “COVID-19 Response: Provisional Quarantine Protocol for Travellers Arriving in Nigeria”

Similarly, NCDC Guidelines on Self-isolation, self-isolation entails strictly staying at home or in an identified accommodation, away from situations where you mix with family members or the general public, for a defined period usually up to 14 days.

The centre said this means “avoiding any situation where you may come into close contact (less than two meters i.e. six feet) with others, adding that this protects the individual, family, and others.

The centre said those who should self–isolate are: All returning travelers to Nigeria; anyone who has been in close contact with a confirmed case of COVID-19 and COVID-19 patients for one week after discharge from the hospital.

When contacted yesterday on the concerns raised the Senior Special Assistant to the President on Media and Publicity, Garba Shehu, said: “The President is truly isolating as required following international travel. During this period, which ends on Wednesday, he will be attending to urgent and critical documents.

“It is important to note that all documents coming to Mr. President are screened and sanitized with specialized equipment before and after they reach him. The PIB bill just signed passed through the same process.”

Another presidency source said the President could work perfectly well from home as he has an office with all necessary facilities.