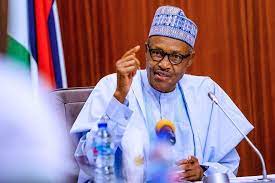 President Muhammadu Buhari has revealed the rationale behind the shift in the date of Democracy Day from May 29 to June 12.

Buhari made this disclosure during a nationwide broadcast on Saturday, June 12, 2021, to mark Democracy Day.

The President stated that the change was necessary in order to honour and acknowledge the sacrifices of “the men and women of our country who fought for the return to democracy but also to demonstrate our commitment to satisfy the aspirations of the people and creating an environment for democracy to be an accepted way of life.”

Towards this end, President Buhari pledged the entrenchment of democratic ideals at all tiers of government in order to ensure economic prosperity for Nigeria.

“My commitment to bequeathing a sustainable democratic culture remains resolute, my pursuit of a fair society remains unshaken and my desire to see that Nigeria remains a country for each and every one of us has never been stronger,” the President stated.

Speaking on the clamour for constitutional amendment, the president stated that his government was not against it, but that it was the primary responsibility of the National Assembly to undertake the task.

He said, “While this government is not averse to constitutional reform as part of our nation building process, everyone must understand that the primary responsibility for constitutional amendments lies with the National Assembly.

“This body which, as I said, is the arm of government responsible for constitutional changes has concluded the preliminary stages of amending and improving our constitution in a way that the majority of Nigerians will be happy with.

“Government is, however, willing to play a critical role in the constitutional amendment process without usurping the powers of the National Assembly in this regard.