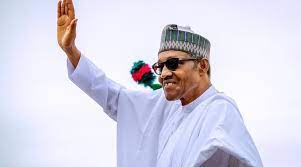 President Muhammadu Buhari has revealed that he is preparing the ruling All Progressives Congress, APC to remain in power for as long as possible.

In an interview on Friday night on NTA monitored by Vanguard, the president revealed that the survival of the party is largely dependent on his administration.

“We are preferring APC to remain in power for as long as possible. in the sense that we say registration of members from bottom to top.”

“From polling units to wards to local government to states and here in Abuja. We want to have a reliable number of people registered in APC in every state of the country. We are going to give it a lot of Publicity. The success of this administration will depend on the survival of APC,”

“The party should continue,” he said.