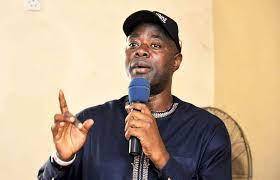 Before the visit, Makinde had presented a keynote address at the opening of a two-day 2021 Governor Seyi Makinde National Democracy Summit, with the theme ‘The Future of Democracy in Nigeria,’ held at the International Conference Centre, University of Ibadan.

He lamented that calling governors chief security officers of their states, without having power to command federal security agencies in their respective states to attend to security situation without clearance from Abuja was frustrating.

Makinde said: “With what happened at Igangan, the people can hold me responsible for letting them down and when I go there, I will take responsibility because those killings were really needless.

“Even though I continue to take responsibility for the security situation in Oyo State, we all know that, in reality, the commissioner of police has to wait for orders from ‘above’ before taking specific actions to benefit the local population.

“So, looking at the federal security agencies here in Oyo State, they have to get clearance from the federal government. We will continue to do our best.

“Here in the South-West, we were able to kickstart Amotekun. But even with Amotekun, people ask how the killings happened. Were they not there? But we have several limitations to what Amotekun can do and even the firearms they can carry.

“You have Dane guns and you are faced with people carrying AK-47. If it is in terms of investment, if we are given the authority, I will also buy AK-47 for Amotekun, if given the license.

“State policing is a sure cure to our national development challenges. Anyone who has been involved in security at any level will tell you that policing is local.

“One of the reasons why the Western Nigeria Security Network, code-named Amotekun, is recording success is because members of the corps are drawn from the locality. They know the terrain and so can gather needed intelligence. Also, they can be held accountable by the local people because they know them.

“So, when state governors become the actual chief security officers in charge of the security personnel in their states, they can quickly respond to security challenges,” he said.