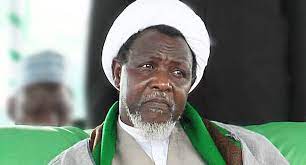 The Kaduna State Government has filed further charges against the leader of the Islamic Movement in Nigeria (IMN), Sheik Ibrahim El-Zakzaky.

This is coming less than 24 hours after a Kaduna State High Court discharged and acquitted El-Zakzaky and his wife, Zeenat.

A Kaduna High Court presided by Justice Gideon Kurada on Wednesday ruled that the charges against El-Zakzaky and his wife, Zeenat were not supposed to be filed, as the Kaduna State Government cannot arraign someone for a crime that was not an offence at the time.

Justice Kurada had found that the charges were filed against El-Zakzaky and his wife in 2018 pursuant to the Penal Law enacted by the state government in 2017 over an alleged offence committed in 2015.

However, the state government said it was not in agreement with the reasoning and conclusion of Justice Kurada.

The lead Prosecution Counsel, Dari Bayero, told Daily Trust last night that there was no doubt that the government would appeal the case.

Dari Bayero said, “We are going to appeal, there is no doubt about it, in fact, we have obtained the court judgement because we are not in agreement with my Lord’s reasoning and conclusion, it is not in consonance with the facts on ground.”

Our source gathered that the IMN leader and his wife have been flown to Abuja where they would have access to medical services.

An attempt by the couple to leave Kaduna State on Wednesday was thwarted because they arrived at the airport after the control tower had closed for the day.

El-Zakzaky and his wife accompanied by family members and well-wishers had arrived at the Kaduna International Airport at 8:30 am on Thursday where they boarded a chartered flight to Abuja.

A member of the IMN who was together with El-Zakzaky told our correspondent that the flight took off from the Kaduna International Airport at 8:50 am.

“We would have left soon after the court judgement but we got to the airport after the control tower had closed for the day,” he said.

“We had to return to Kaduna city where we spent the night and today (Thursday) left Kaduna for Abuja because it is safer for them (El-Zakzaky and wife),” he added.

He said all assets belonging to the IMN leader has either been demolished or seized, adding that though El-Zakzaky has no personal property in Abuja, he was safe and now has access to his medical doctors.

Family thanks Nigerians, media, others

The family of El-Zakzaky has expressed profound appreciation to Nigerians, the International Community and the media.

A statement by El-Zakzaky’s only surviving son, Mohammed Ibrahim El-Zakzaky described as heroes, those who marched “Daily in Abuja for five years”, saying it was a monumental act of sacrifice seldom heard of and certainly unprecedented in the history of Nigeria”.

He thanked their legal team led by Chief Femi Falana, SAN saying despite all the malicious maneuvres to delay, manipulate and obstruct judicial due process, the legal team persevered and ultimately prevailed.

“We hail the efforts of free media and those journalists whose commitment to the truth shone even in the face of censorship, threats and often lethal violence,” he stated.