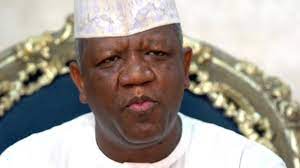 A former governor of Zamfara State, Abdul’aziz Yari, has rejected the interim committee appointed to steer the affairs of the All Progressives Congress (APC) in the state.

The interim committee was inaugurated by the national leadership of the party.

Governor Mai Buni, chairman of the national caretaker committee of the party, had dissolved the APC exco in the state ahead of the defection of Governor Bello Matawalle.

Prior to the development, Yari was the leader of ruling party in Zamfara.

Following the crisis that trailed the defection of Matawalle, Buni inaugurated a three-man committee to take charge of the party in the state.

But Yari, who accused Buni of mischief, rejected the committee.

In an interview with BBC, he said the dissolution of the party leadership in Zamfara was ill-thought.

The former governor said Buni has no power to dissolve the leadership under his control, saying the action could trigger another crisis in the party.

He also alleged that the appointed interim leaders of Zamfara APC were not genuine members of the party.

One of the mandates of the interim committee is to commence a fresh process in which every member of APC in the state will renew their membership.

But Yari, who threatened legal action, said the interim committee was appointed in violation of the party’s constitution.

The chairman of the interim committee, Senator Hasaan Nasiha, dismissed the allegations of Yari.

On the allegation that they are not members of APC, Senator Nasiha said they got registered as party members before their new assignment.

Commenting on the recent crisis brewing in Zamfara, the national leadership of APC maintained that it didn’t violate any regulations of the party, insisting that the decisions were taken in good faith after a consensus agreement within party members in the state.