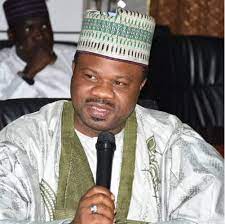 The National Industrial Court sitting in Makurdi on Thursday ordered the Commissioner of Police to effect the arrest of the National President of the Nigeria Union of Journalists (NUJ), Chris Isiguzo, national secretary, Leman Shuaib and the Vice president Zone D, Wilson Bako over contempt of court.

Also, the court ordered the arrest of all those that emerged as winners of the Benue council election conducted on July 3, 2021 as well as the chairman of the credentials committee, Chris Apuu and  Secretary, James Shim of the said election.

A member of the NUJ, Orduen Dura of the State Information chapel had earlier dragged the union before the National Industrial Court, Makurdi Division seeking interpretation whether the national secretariat of the union has right to violate its constitution by qualifying candidates that were disqualified by the credentials.

It was based on Dura’s action that the court handed an injunction restraining the national secretariat of the NUJ from conducting the election until the determination of the matter.

But, the immediate past Acting chairman of the council,  Kajo Martins was, however, let off the hook for complying with the order of the court by staying away from the said election.

Presiding Judge, Justice I.J. Essien, who handed the order in the court, also described, Bemdoo Ugber, who purportedly won the said election as ‘illegal’ chairman when he (Ugber) through his lawyer had sought to be joined in the case as a defendant.

Justice Essien averred, “You this illegal chairman, after flouting my order, you have the gut to appear before this court seeking to be joined as a defendant. You are not leaving this court to your house but to the prison.

“How would society be if people at this level of insecurity chose to promote anarchy. All that won in that election are hereby committed to prison on till the next adjournment.”

The judge further ordered Ugber and his executive to stop parading themselves as leaders of the union in the state and to handover any property of the union in his position to the Interim Caretaker Committee led by Steven Ijoh.

Earlier, when the case came up, Counsel to the Claimant (Orduen Dura), R.I. Wombo moved that the court should commit to prison all the respondents including Vice president Zone D, Wilson Bako and all those that emerged as leaders at that election.

The Counsel told the court that all the respondents except the then Acting chairman of the council, Kajo Martins be exempted from committal to prison as the case has been adjourned to July 28.

The matter before the National Industrial Court, Makurdi Division had sought interpretation of whether the national secretariat of the union has right to violate its constitution by qualifying candidates that  were disqualified by the credentials committee.

Meanwhile, in the said July 3, 2021, Benue NUJ council election, Bemdoo Ugber of Radio Benue chapel had only six attendances while Terna Umah of NTA chapel with 10 attendance which fell short of 50 percent as required by union’s constitution and were disqualified by the credentials committee.

But, when the report was sent to NUJ national secretariat, both Ugber and Umah were cleared to join the contest along Dennis Ayom of the State Information and Vincent Nyinongu of The Prime chapel.

To this end,  on July 2, 2021, the Court bailiff had come to effect service on the Acting chairman and the credentials committee, while the Acting chairman accepted the service, the chairman of the credentials committee rejected and the bailiff placed it on the table there and left while the service were also served on the national secretariat of the union.