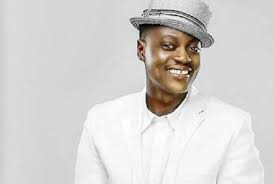 In a statement issued on Sunday, the family said he died after undergoing treatment for throat cancer.

“It is with heavy hearts that we announce the passing of our multitalented veteran singer, rapper, songwriter Olanrewaju Fasasi aka Sound Sultan.”

“He passed away at the age of 44 following a hard-fought battle with Angioimmunoblastic T-Cell Lymphoma. He is survived by his wife, three children and his siblings.

“We, his family will appreciate the utmost privacy as we come to grips with this tragic loss,” the statement read.

The “Jangbajantis” crooner commenced chemotherapy treatment in May.

Sound Sultan’s career in show business started in the 1990s, when he hosted shows to raise money for studio sessions.

He released his debut single “Jagbajantis” in 2000, which became a street anthem.

After independently releasing other singles and featuring in hit songs of other artistes, he was signed by Kennis Music, under which he released four albums.

Sound Sultan began a working relationship with Wyclef Jean when featured alongside 2face Idibia and Faze on “Proud to be African” from Wyclef’s Welcome to “Haiti: Creole 101 album.

In 2012, Sound Sultan was made a UN Ambassador for Peace for his “exemplary lifestyle” and career.

In 2015, Sound Sultan released the rap single “Remember” after a long absence from the music scene.

After the fallout of the African Basketball League, he joined forces with the organizers of the Continental Basketball League to become a team owner of Lagos City Stars (the 2017 champions) and a facilitator of the league entertainment.

Born on November 29, 1976, the late artiste is survived by a wife and three children.

T. B Joshua: Christendom Has Lost A Giant – Gov Akeredolu

Shock As Synagogue Church Of All Nations Confirms Death Of Prophet T.B Joshua