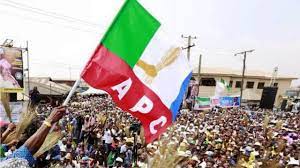 The All Progressives Congress (APC) will begin sales of forms for its congresses on July 1.

The APC Director of Organisation, Prof. Al-Mustapha Medaner, disclosed this in a statement on Sunday in Abuja.

Medaner said the decision followed the approval of activities by the party’s Caretaker and Extra-ordinary Convention Planning Committee (CECPC).

He said the purchase of forms for ward congresses would take place from July 1 to July 7 while the inauguration of the ward and local government congresses screening and appeals committee would hold on July 10.

The APC chieftain also announced the timetable and schedule of activities for the conduct of congresses across wards, local government areas, and states for the election of party officials.

Medaner said: “The screening of aspirants for the ward positions would take place from July 12 to July 16 while the inauguration of the ward and local government appeals committee would hold on July 19 and ward congresses on July 24.

“The appeals arising from ward congresses would be entertained from July 26 to July 29.

“The appeals arising from local government congresses would be entertained from August 16 to August 20.

“The sales of forms for executive positions at the state level would take place from August 23 to August 27 while the inauguration of screening and appeals committee for state congresses would hold on Aug. 30.