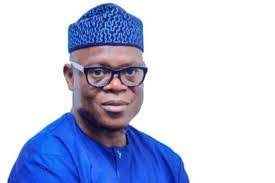 The Senate says it is has no plan to stiffen the media freedom in Nigeria.

Senate spokesman, Senator Ajibola Basiru, stated this on Monday on the sideline of a two-day capacity building training for media aides to Principal Officers of the National Assembly, organized by the National Institute for Legislative and Democratic Studies, Abuja.

The House of Representatives is currently amending the Nigerian Press Council Act, the National Broadcasting Commission Act and other relevant laws.

Stakeholders, especially media experts, had asked the lawmakers to drop the idea, saying some provisions in the proposed amendments would make it difficult for the media firms to operate in an atmosphere of freedom and hold those in the position of authority to account.

But Senator Basiru said the current efforts to amend the Acts should not be misinterpreted as an attempt to gag freedom of speech and free press in the country.

According to him, while freedom of speech is an inalienable rights of the people, there is the need to ensure that some regulations are put in place to prevent reckless and irresponsible use of such rights as exhibited by a few media establishments and individuals in recent times.

He said the current attempt to amend the NBC Act and the Press Council Act was to improve and sanitize and not to stiffen the civic space.

Director-General, NILDS, Abubakar Sulaiman, said there was urgent need to provide some levels of check on “a culture of misinformation” under the guise of freedom of speech.