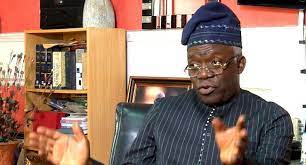 Meanwhile, human rights lawyer, Femi Falana, said yesterday that President Buhari was misled by the Attorney-General of the Federation, Abubakar Malami, regarding gazetted grazing routes in the southern part of Nigeria.

In response to southern governors’ ban of open grazing, which Malami had vehemently kicked against, President Buhari, during an interview on ARISE TV last week, revealed that he had directed the AGF to dig up a gazette that delineated cattle grazing routes and reserves in all parts of the country during the First Republic as part of measures to tackle herders/farmers’ crisis.

“What I did was to ask him to go and dig the gazette of the First Republic when people were obeying laws. There were cattle routes and grazing areas.

“Cattle routes were for when they (herdsmen) were moving up country, North to South or East to West. They had to go through there,” Buhari had said.

Reacting to the statement while featuring on an ARISE TV programme’s ‘The Morning Show,’ Falana said the President’s action was based on Malami’s alleged wrong counsel.

Arguing that there was never a time grazing routes existed in the southern part of the country, Falana said: “You cannot blame the President. He is not a lawyer. So if he was informed by lawyers that there is a gazette, what do you expect him to say? And the President made it abundantly clear during the interview, ‘I am not going to oppose my attorney general.

“What I am saying here is that there was no time in the history of Nigeria that grazing routes existed in the southern part of the country. So, whoever has misinformed the President should be questioned and sanctioned.”

Falana wondered why President Buhari was talking about old grazing routes, even after  the 36 states of the federation had adopted the National Livestock Plan which recommended ranching as the solution to open grazing in the country.