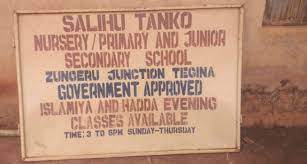 Parents of the abducted pupils of Tanko Salihu Islamiyya School, Tegina, in Rafi Local Government Area of Niger State, have resorted to begging in churches and mosques in the community to raise the ransom demanded by their children kidnappers.

Bandits had on May 30 abducted 150 children from the school.

They, however, released 11 children 24 hours later.

A member of the community, Rabiu Usman, told Ripples Nigeria on Tuesday that the parents have become desperate following reports that many of the children had reportedly fallen sick while the state government had insisted it would not pay the N150million ransom demanded by the hoodlums.

Usman added that the bandits had threatened to kill the children if the parents refuse to pay the ransom.

He said: “The parents of the children and indeed the whole Tegina community are very worried. The bandits have vowed never to come down further. Remember they had reduced the ransom from N200million to N150million and they have sworn never to come down.

“And with the Niger State government insisting they will never negotiate or pay the ransom, the parents have resorted to going to churches and mosques to beg for money.”

T he headmaster of the school, Alhassan Garba Abubakar, who has been communicating with the bandits, said they informed him that some of the children had fallen ill.

“Yes, they told me that some of the children have fallen sick because of the conditions they have been to over the past two weeks.

“I just finished speaking with the bandits and they confirmed all the pupils are alive but you cannot expect them not to be sick with the conditions they are now with the bandits.”

He also confirmed that the parents of the abducted children have continued to raise money to meet the demands of the bandits.

“They have gone to churches and mosques to raise the ransom.

“The amount raised so far has been a far cry from what the bandits are demanding before they release the pupils.

“I am not part of the committee of the parents going to churches and mosques to solicit for donations for the ransom money to be paid; so I cannot say the exact amount of money raised so far,” he stated.