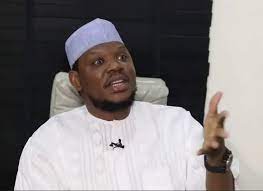 Politician and one-time presidential aspirant, Adamu Garba has revealed reason for the removal of his Crowwe App on Playstore by Google.

Vanguard learnt some aggreived Nigerians had taken to Playstore to discredit the app following the suspension of Twitter.

On whether the app was removed due to the complaints by Nigerians, Garba replied; “Yes, a lot of people have been posting reports but it has no effect on the app. The truth is that before you publish an app, you have to pass through a lot of audits and a lot of these people commenting don’t know.

The app being installed has nothing to do with the user but has everything to do with the app itself. There is a bug affecting the contact list information so we had to submit a support report to take it down which was done. We are almost done with the publishing and we will push it back and it might be installed tonight or tomorrow morning.”