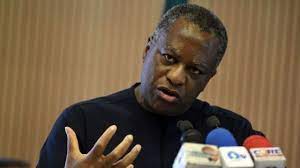 The Federal Government on Monday denied listing conditions for lifting of Twitter’s suspension in the country.

The Minister of Foreign Affairs, Geoffrey Onyeama, had on Monday morning met some foreign envoys including the ambassadors of the United States, United Kingdom and the European Union among others in Abuja over their reactions to last week’s suspension of Twitter in Nigeria.

The envoys had condemned the government’s suspension of the platform as unhealthy for a growing democracy like Nigeria.

The minister had reportedly promised at the meeting that the federal government would consider lifting the suspension on Twitter only if the platform is used “responsibly.”