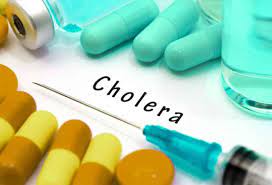 Seventeen fresh deaths have been recorded in one day as a cholera outbreak in Bauchi State continues to ravage the state, bringing the number of recorded deaths to 37, the state Ministry of Health has announced.

Ripples Nigeria had reported the outbreak on May 26 which led to the deaths of 20 people in some local government areas of the state.

The former Commissioner of Health in the state, Dr Aliyu Maigoro, had announced the outbreak, saying that apart from those who died, about 322 people were being managed.

In the latest development, the Executive Chairman, Bauchi State Primary Healthcare Development Agency, Dr Rilwan Mohammed, said on Sunday, while briefing newsmen in the state capital, that the disease had spread to 15 local government areas from the initial nine.

He however assured that the state government is doing everything possible to contain the spread of the disease.

“The agency has begun the chlorination of wells and the decontamination of affected households and referral of detected cases to the Cholera Treatment Centre.”

“Bauchi LGA is the worst hit with 1,334 cases and 18 deaths while Toro has 165 cases, Ningi 91 cases and Dass 60 cases with four, three and two deaths respectively.